Many people in Argentina are probably asking themselves this question. That’s because 2001 was the last time Argentina defaulted on its foreign debt.

And it looks like that could happen again. I say this because Argentina appears to be on the verge of another major financial crisis.

Just look at the Argentine peso. It’s in free fall.

As a result, inflation is now running at about 31% per year. Although, this official number probably vastly understates how quickly prices for everyday goods and services are rising.

• Argentina’s central bank is scrambling to contain the crisis…

It just raised its benchmark interest rate to 60%. That’s more than 30 times higher than the Federal Reserve’s key rate.

It did this because it needs to generate demand for pesos. It hopes this sky-high interest rate will bring capital to Argentina.

But it hasn’t worked. There’s now good reason to think the situation will keep spiraling out of control.

But that shouldn’t surprise regular readers.

• You see, I’ve been writing about Argentina’s money problems…

I’m focused on what’s going on in Argentina because it’s my job to cover the threats and opportunities that your financial advisor will never tell you about.

Not only that, I was living in Buenos Aires, Argentina’s capital, earlier this year. That gave me a front-row seat to its currency crisis… and it helped me realize that the situation in Argentina would likely get worse before it gets better.

If Argentina can’t get a grip on the situation soon, the peso will fall even more. Life could become extremely difficult for everyday Argentines.

Of course, I realize that you might not care about this. After all, Buenos Aires is 4,000 miles from the United States of America. Also, most Americans have minimal or even zero exposure to Argentine stocks.

But that’s not an excuse to overlook what’s happening in Argentina. As you’re about to see, Argentina’s crisis could be setting up a massive buying opportunity… but not in the way you might think.

I’ll tell you what I mean in a second. But first, let me say this…

South Africa’s rand headed for its worst August on record… In Asia, the Indonesian rupiah slid to its lowest since 1998, while the Indian rupee was set for its biggest monthly drop in three years and a fresh record low.

Let’s also not forget about the Turkish lira. It’s down 43% on the year.

Then there’s the Venezuelan bolívar. It’s lost more than 99% of its value this year, and is basically worthless at this point.

In short, currency crises are flaring up all around the world… thanks to reckless central banks and spend-happy politicians.

The good news is that everyday people in these countries are defending themselves. They’re taking refuge in bitcoin.

A record-breaking nearly 21 trillion Venezuelan bolívar ($84.5 million) worth of bitcoin exchanged hands on LocalBitcoins trading platform during the week of August 11.

It’s not hard to see why Venezuelans are turning to bitcoin. The bolívar is going up in smoke. In fact, inflation is on pace to hit 1,000,000% this year.

Of course, Venezuela is just one example of this. People in Zimbabwe, Turkey, and Argentina are also taking refuge in bitcoin. We know this because crypto trading volumes have spiked in each of these countries when their paper currencies experienced huge sell-offs.

Now, none of these places could push bitcoin to new highs on their own. But together they could light a serious fire under the bitcoin price.

It’s also possible that bitcoin (or some other crypto) could emerge as a medium of exchange in one of these places.

I’m not the only Casey analyst who thinks this, either.

Nick writes The Casey Report and Crisis Investing. Here’s what he told me in a recent interview:

Bitcoin offers regular people a safe haven. They can use it to send and receive wealth while bypassing the unsound banks, worthless currencies, and government confiscation schemes of their home countries.

When a crisis hits, a government can easily steal money in the banks or steal purchasing power by printing currency units. But it cannot easily steal bitcoin or prevent people from using it.

Nick’s absolutely correct. You see, bitcoin has two major advantages over paper currencies. For one, it’s not controlled by a government or central bank. This means politicians can’t inflate its value away.

The supply of bitcoin is also fixed. It’s set to grow at a set rate, regardless of what its price does.

• This makes it a much better alternative to paper currencies…

So consider speculating on bitcoin if you haven’t already.

Keep in mind, this is a speculation… So don’t “bet the ranch” on bitcoin.

The good news is that it only takes a little bit of money to make a fortune in cryptocurrencies.

Today, high praise for Doug Casey and his recent interview on China’s exploitation of Africa…

Dear Doug, I have been a subscriber for some time—so being a fan might seem obvious—but you deserve more than a little praise for the interview with Justin on China’s exploitation of Africa.

You nailed it. As a white Zimbabwean (who has also lived and worked in Zambia, Tanzania, South Africa, UK, Australia), I love Africa, but acknowledge its challenges. It is rare for anyone who has never lived there to fully grasp the issues. You are rarer still, for frequent visits, deep understanding of issues, being able to explain them, and risking negative feedback for speaking the truth. It was a great interview and (as always) factually correct, with actionable advice, so I hope that there will be no bias in any feedback comments from any alternative viewpoints.

Thank you for that interview. Very informative, with absolutely no BS.

Due to the scandalous acts of some CEOs with taxpayer funds, Congress just passed Bill S.2155.

This bill has caused a domino effect in the markets that could mean thousands for investors—to the tune of $195 billion in “compensation checks.”

It’s a new income stream that just might cover your entire retirement. 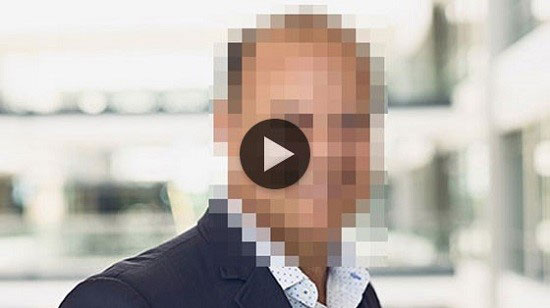